Best-known as the author of The Lovely Bones, Alice Sebold’s “Lucky” is her memoir of having been raped as a freshman in college, and the effect that it had on her life. Beginning in Syracuse in 1981, Alice is walking home through a park one night when she is attacked, raped, and brutally beaten. She makes it back to her dormitory, where she calls the police. From there, the story becomes a whirlwind – Alice does everything right in reporting the rape, going to the hospital to have evidence taken, and making her statements.

One has the mistaken impression that if you do all of the right things and that you’re telling the truth, that these things go smoothly. Not so – Alice’s credibility is called into question and she is picked apart by the police, and later, the attorneys. Her personal life is laid open for the world to see. She is told that because she was a virgin, she might be more credible. It is implied that maybe she invited the attack, due to her admission that the attacker was unable to undo her belt, and ordered her to do it, and she did. Never mind that he had beaten her and threatened her life.

As if trying to survive emotionally after such an ordeal weren’t difficult enough, Sebold is frank in her description of how her family and friends don’t know how to behave around her any more, and how she has to walk around school being known as “that girl who was raped.” It shapes her friendships and relationships in ways she hates and doesn’t expect, and in ways she also doesn’t recognize until much later. She comes to finally realize that, despite her apparent strength in dealing with the situation, that she was never “okay”, and probably has post-traumatic stress disorder. She comes to realize that the journey involved in getting over a rape is an extremely long process emotionally, and one has to dedicate years to their healing. “You either save yourself, or you don’t get saved.”

Fun Fact: Sebold was quoted as saying, “One of the reasons why I wrote it is because tons of people have had similar stories, not exactly the same but similar, and I want the word ‘rape’ to be used easily in conversation. My desire would be that somehow my writing would take a little bit of the taboo or the weirdness of using that word away. No one work is going to accomplish the years of work that need to be done, but it can help.”

Bother if: It’s an important story to tell. Much of it made me so angry I could hardly think, but it’s important for victims to realize that they can win. It’s not easy to win, but for the sake of yourself, you have to try. Sebold’s courage, strength, and willingness to do whatever she needed to do in order to bring her attacker to justice is inspiring. Sometimes bad things happen. Sometimes people don’t believe you. It doesn’t matter. Soldier on. It’s important for victims to know that it is possible to come out of the other side of such a terrible thing alive.

Don’t Bother if: It’s the true story of a young woman being beaten and raped. It’s not lighthearted, and Sebold, although very witty (assuming it is possible to be witty about such a subject), is extremely frank and matter-of-fact in her descriptions of what happened to her. It’s an ugly story about an ugly crime, even if I do think it’s an amazingly brave work. 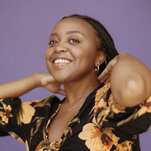 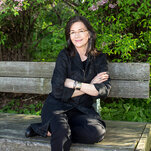 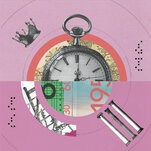 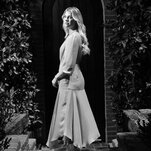 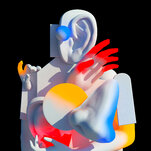