I Know Why the Caged Bird Sings

As part one of six of a series of autobiographical novels written by Maya Angelou, I Know Why the Caged Bird Sings moves swiftly through the author’s life from age three through age seventeen, from Arkansas to St. Louis to California to Mexico. Marguerite “Maya” and her brother are sent as children to live with their grandmother, “Momma” in Arkansas. Haunted by their parents’ abandonment, the two struggle with racism in the south – they are relentlessly tormented by their white neighbors, even though Momma is relatively wealthy as the owner of the local general store. For example, the white dentist refuses to treat Maya’s rotting tooth, even though Momma reminds him that it was she who loaned him money during the depression and enabled him to save his business. This becomes a commentary on the nature of racism, and how Momma’s money was good enough for the dentist when he was in need, but he felt no responsibility to help Momma when she was in need, because she was black.

In a disturbing interlude which becomes the center around which Maya’s young life revolves, the childrens’ father comes to pick them up from Momma to live with him, but ends up leaving them with their mother in St. Louis. Eight-year-old Maya is sexually abused and raped by her mother’s boyfriend, who is found guilty but escapes jail time and is subsequently murdered, probably by Maya’s uncles. Maya shuts down emotionally (except to her brother) and rarely speaks to anyone for nearly a year. She remains mute until she meets a kindly neighbor of Momma’s; Mrs. Bertha Flowers. Bertha supplies Maya with books and literature and encourages her love of reading, and eventually manages to coax Maya out of her shell.

Eventually deciding that the children need to be sheltered from the racism in the south, Momma sends them to live in San Francisco with their mother. Maya attends high school and takes up dancing, and becomes the first black female streetcar operator in San Francisco. Worried that she may be a lesbian, she seduces a boy her age and becomes pregnant. The novel ends with Maya accepting her new role as a mother at age seventeen.

Fun Fact: When selecting a title – which is a reference, of course, to chained slaves – Angelou turned to Paul Laurence Dunbar, an African-American poet whose works she had admired for years. With Shakespeare, Angelou has credited Dunbar with forming her “writing ambition”. The title of the book comes from the third stanza of his poem “Sympathy”:

Bother if: This is not only a tremendously entertaining story, but Angelou’s writing lends a poetry to her life that makes the terrible things somehow okay, and the good things even better. Caged Bird is stunning portrait of a young black girl’s place in not only the south, but the greater world beyond it, and is a VERY worthwhile read.

Don’t Bother if: The novel necessarily focuses on themes of racism, violence, child rape, discrimination, teen pregnancy, and other upsetting subjects. I thought it was a wonderful testament to strength in the face of adversity and how one can overcome hardship with effort. Certain parts, however, were pretty gut-wrenching.

Unit sales of print books rose a remarkable 29.2% in the first quarter of 2021 over the same period in 2020 at outlets that report to NPD BookScan. Though some of that gain was due to the slump in sales that occurred in mid-March last year, most of the increase was due to the surge in book buying that began last spring and carried over into 2021. All six major categories tracked by BookScan had double-digit increases, and all four print formats posted gains. [...]

The rise and rise of Amanda Goreman
9 April 2021

On Wednesday, Penguin Random House announced that the hardcover version of Gorman's poem, with a foreword by Oprah Winfrey, enjoyed the highest first-week sales of any poetry book ever published. She is also on the cover of the May edition of Vogue with a very good, in depth article/interview inside. [...]

A personal pronoun is a form of speech that stands in for a person or group of people. She is having opinions online; they are fighting in the comments; and, of course, as in the Prince song made famous by Sinead O'Connor, "Nothing Compares 2 U." Nonbinary pronouns, as well — often the singular "they" and "them" — have become widespread. A 2019 Pew Research study found already that one in five Americans knew someone who uses nonbinary pronouns. And then there are neopronouns. A neopronoun can be a word a created to serve as pronoun without expressing gender, like… [...]

It's a no: Amazon warehouse workers vote against unionizing In historic election
9 April 2021

Amazon warehouse workers in Alabama will not be forming a union. The vast majority of votes cast by Amazon's workers in Bessemer, Ala., were against joining the Retail, Wholesale and Department Store Union in a stinging defeat of the union drive. The final tally showed 1,798 votes against unionizing and 738 votes in favor of the union. [...]

The battle for Tribune: Inside the campaign to find new owners for a legendary group of newspapers
5 April 2021

A coalition of wealthy business executives has put together an 11th-hour offer to buy the entire Tribune Publishing chain (including the Baltimore Sun and the Chicago Tribune) that a special committee of the Tribune's board said Monday "would reasonably be expected" to beat out the offer from the hedge-fund that has been looking to buy the newspapers. The duo then plans to sell many of the individual papers to local owners. This move is the culmination of years of despair from journalists and civic-minded organizers who have watched their local paper shrink under corporate consolidation and broader economic forces, only… [...] 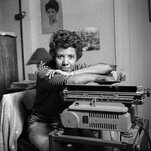 Soyica Diggs Colbert’s “Radical Vision” situates the playwright of “A Raisin in the Sun” as a writer who offered “a road map to negotiate Black suffering in the past and present.” [...] 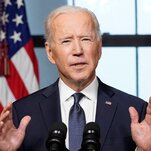 The president’s rhetoric on Wednesday in announcing the withdrawal of American troops from Afghanistan was steeped in exasperation and grief. [...]

Decades After His Death, Richard Wright Has a New Book Out
14 April 2021 - Noor Qasim 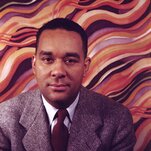 “The Man Who Lived Underground,” a novel publishers rejected in the 1940s, is about an innocent Black man forced to confess to the murder of a white couple. [...]

Pamela Paul, the editor of the Book Review, highlights memorable episodes from her eight years hosting the show, including conversations with Robert Caro, Isabel Wilkerson, James McBride and others. [...] 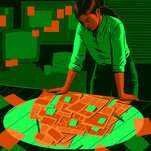 by Jinx Heywire (Oxford): This thrilling first novel in a much wider series sets the reader off on a trail of laughs, mysteries and suspense. When I first read this I was slightly skeptical, because even though many of my friends had loved the series, all I saw was a funny looking skeleton in a suit with some fire in his hands. This will be ... interesting I thought. I was oh so totally wrong. This book was the start of a great series that only gets better. I literally was staying up until midnight to read this, and the… [...]

by Cloggie Downunder (Thirroul): The Rules of Magic is a prequel in Alice Hoffman's Practical Magic series. It is June 1960 when the Owens siblings, Frances, Bridget and Vincent, leave New York to spend summer for the first time with their Aunt Isabelle in the Magnolia Street house in Massachusetts. Their parents are resigned to this, but neither is pleased. Susanna has done her utmost to steer her children towards a normal life, and away from all things magical, but prohibition has been ineffective. Even at fourteen years old, Vincent accepts that they are different, having sought out a copy… [...]

by LinZ (Downers Grove): I enjoyed this book very much! It was like reading a Jane Austen novel! The language and characters were very much in Austen's style. That made it easier to get into Cassandra's mind set of not revealing her true thoughts and doing what society would demand of a single woman. That alone made it a bit unsatisfying for me. Single women of the time , had no rights but tons of expectations placed upon her! Her family totally controlled her daily life, from where she was allowed to live and go, how she could live and… [...]

by Melissa C.: I read this book in almost one sitting. The author presents the reader with so many thought provoking topics/issues we face in today's society: racism, sexism, discrimination, violence and sensitivity for the environment. Some readers may not like the book as it isn't "uplifting" but after you've finished, the stories told stay with you and make you question your own and others' values. I highly recommend this book if you're interested in a fast paced story set in a North Carolina residential neighborhood. [...]

by Nancy in Vermont: This novel shows us Cassandra Austen, sister of Jane, as she tries to retrieve some of Jane's personal letters which were kept by her friend Eliza Lloyd Fowle. Eliza's house is being sold after her death, followed by the death of her husband. Through the letters, we learn about the Austen family particularly the relationship between Cassandra (Cassy) and her sister Jane. They had a very close and loving relationship, which is why Cassy wants to prevent any details about Jane's private life to be revealed through the letters. There are many other characters including most… [...]