Grace Jensen is a lonely girl of twenty-eight. A terrible accident at the age of fifteen resulted in burns over most of her body, leaving poor Grace a literal prisoner of her own flesh. Physical contact is excruciating. Her relationships are complicated. Not because Grace complicates them, but because everyone in her world seems to be as damaged on the inside as Grace is on the outside. Her peculiar mother, with whom she lives, is a hoarder. Her handsome boss seems to not know quite what to make of her, despite his sweetness. Her former best friend, Marly, has not been seen since the night of the fire.

On the day that Marly’s beloved grandmother Oona dies, Grace receives a mysterious phone call which she believes may be Marly reaching out to her. Despite her mother’s misgivings and having felt abandoned by her best friend for the past thirteen years, Grace decides to attend the funeral and confront her past. She is immediately drawn back into Marly’s gravity, and decides to follow Marly back to Las Vegas in order to rekindle their friendship. Marly’s life is unsurprisingly anything but peaceful or healthy, and Grace is thrust into a whirlwind of secrets, lies, violence, and mermaids.

In the wake of Marly having been beaten, Grace discovers within herself the miraculous ability to heal by the laying on of hands, and empathic powers bordering on the psychic. With the help (or perhaps in spite of) Marly, her friend Drew, and a mysterious man named Gus – who wears his pain literally tattooed on his face – Grace must learn to control her power. She is torn between harnessing it for what she believes to be good, while simultaneously being ripped in dozens of directions by others, including her own heart. Grace can heal the flesh of others, but can she heal her own? Can she light the darkness which threatens to eat Marly from the inside out, or will it consume Grace with it?

I cannot say more about the plot without giving away key points, and you definitely don’t want to miss this book. I rarely read independent authors (and indeed this is the first independently published novel I have reviewed for this site), but Forged in Grace is a treat and a wild ride from start to finish. The imagery is powerful and engaging, and I found myself drawn into Grace’s world, Marly’s insanity, and the simultaneously seedy and delightful chaos of Sin City. The only complaint I had about the book is that I wish that more had been made of Grace’s relationship with Adam, her boss. I got the impression that Grace worked for a combination wildlife sanctuary / general medical practice for humans, and I’m not sure what it was. This could have been due to the fact that it was indeed confusing, or due to the fact that I was so hungry to find out what happened next that I missed some key point along the way. Regardless, it is a testament to Rosenfeld’s skill in crafting her characters that the only fault I found in the story was that there wasn’t more of it.

Fun Fact: Author Jordan Rosenfeld (jordanrosenfeld.net) works as a writing coach, editor, and freelance journalist, and also keeps a blog entitled “My Big Mouth” at Indie-Visible. Her nonfiction book Make A Scene: Crafting a Powerful Story One Scene at a Time has sold more than twenty thousand copies. She lives in California with her husband and son.

Bother if: This was a fast and engaging read, and quite unlike anything I had ever read before. Seeing the world through the eyes of a severe burn victim in what seemed to be fairly accurate fashion was intriguing to me, as was the faith healing aspect of the story. Many of us can also relate to having had a friendship which was unhealthy, or with a profoundly unhealthy person. I found myself nodding my head in many places. I think that this is a story that most people would be able to enjoy. You may find it on Amazon.

Don’t Bother if: The story contains elements of the supernatural, faith healing, brief (if not terribly graphic) depictions of sex, and some violence. You may want to skip this one if you have any particular objections to those things. If you’re worried about Forged in Grace coming off as “chick-lit”, however, it doesn’t. I never use the term “chick-lit” in a derogatory sense, but I recognize that it doesn’t appeal to everyone as a genre. This book, despite being about female friendship dynamics on some level, doesn’t really veer into that territory.

Sexing the Cherry
Less Than Zero 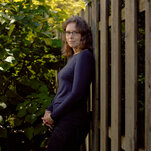 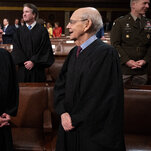 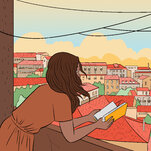 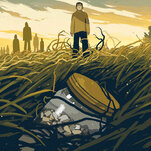