Girl With a Pearl Earring I set this book aside for a long time thinking that it wouldn’t grab my attention, but I was more than pleasantly surprised! I very much enjoyed this story. The book is a fictional portrait of 17th-century Dutch artist Johannes Vermeer – the painter of the famous Girl with a Pearl Earring pictured on the novel’s cover. The story speculates that the woman who appeared in Vermeer’s iconic portrait was Griet, a young girl who worked as a maid in his home.

Griet is sixteen years old when her father, a tile painter, is blinded in an accident and can no longer support the family. Griet gets sent to work for Vermeer as a housemaid in order to make ends meet. She is fascinated by the art (and by the man himself), but is seen as an interloper by his wife, numerous daughters and other maids in the house, and must tread lightly. Griet does her best to go about her business and does the family’s daily shopping at the market, where she fights off romantic advances from a young butcher. At home, the only solace she has is in the studio – Vermeer has insisted that Griet be the one to dust it each day, with the stipulation that he must never know she has been in there. She carefully measures the distance between the objects on his tables with her fingers, dusts, then puts everything back exactly where he left it.

The longer Griet lives in the house, the further her relationship with Vermeer develops. He begins to allow her to help him mix the paint colors, grinding minerals into powder. The more time she spends with him, the more she is tormented by his wife, Catherina. Griet is properly behaved (and indeed there is nothing sexual save tension between she and Johannes), but Catherina is heavily pregnant as usual and feels unattractive next to the maid. Catherina is further jealous because Johannes has never allowed her or their children access to his studio.

All is relatively well until a wealthy man who regularly buys Vermeer’s work drops by the house. Van Ruijevn takes an instant interest in Griet and sexually harasses her. She narrowly escapes and vows to avoid him in the future, but Van Ruijevn demands that Johannes paint the girl for him, using the commissioned portrait as a ruse to further intimidate Griet. Vermeer can hardly refuse, as his livelihood depends on giving the patrons of the arts what they desire. To make matters yet more uncomfortable, Johannes has decided that Griet should wear his wife’s beautiful pearl earrings when she sits for him.

Fun Fact: Chevalier’s inspiration for the novel was a poster of the titular painting. She bought the print as a nineteen-year-old, and it hung wherever she lived for sixteen years. Chevalier notes that the look on the girl’s face left an impression on her. She describes the girl’s expression as “a mass of contradictions: innocent yet experienced, joyous yet tearful, full of longing and yet full of loss.” She imagined that the girl had directed all these emotions at the painter, and began to devise the story behind the face.

Bother if: I really have no complaints about this one. It’s beautifully written, and I found myself falling in love with both Griet and the story. Fans of art or historical fiction will not be disappointed, regardless of whether you are familiar with the artist or his works. It also feels a little like a romance, despite the fact that there was no physical “affair” between the characters. Griet admired Vermeer intellectually and artistically, which I think sometimes makes for the most intense infatuations. I recommend it.

Don’t Bother if: You have no interest in historical fiction, art, or are the sort of person who typically wouldn’t read a novel where the main character is a teenage girl. I hesitate to make a “Titanic” comparison, but a young lady posing for an artist has a sensual, fantastic quality to it that probably appeals more to women than men. 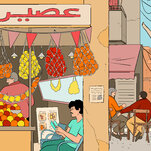 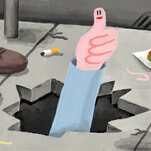