The story begins in 1939 Germany, just before the escalation of WWII. Nine-year old Liesel Meminger and her little brother, Werner, are being sent to live with German foster parents because their mother is too poor and sick to care for them and their father is a Communist. Werner dies on the train on the way over, and Liesel and her mother temporarily disembark in order to bury him. Liesel spies a book lying in the snow near her brother’s grave and picks it up, despite the fact that she is illiterate. As she settles into her new life, her gentle foster father, Hans, slowly teaches her how to read from her stolen book, and Liesel’s love for words is born.

As the war escalates, Liesel and her best friend Rudy Steiner begin to steal not only food for their hungry bellies but a book here or there as well, which Liesel reads aloud in the bomb shelter during air raids to entertain her friends and neighbors. One day, a young Jewish man appears on their doorstep. Hans and Rosa take him in, no questions asked, and Liesel is forced to re-think her foster mother’s gruff exterior. (When Liesel arrived, screeching and clinging to the garden gate, Rosa stomped outside and dispelled the staring neighbors with a barked “What are you assholes looking at?”) If the authorities learned that Liesel’s family were Jewish sympathizers, it would of course be disastrous. As it turns out, however, both Hans and Rudy’s father Alex are on the short list of those who annoy the authorities, and both men are sent to war.

One of the most interesting aspects of this novel is that it is told from the point of view of Death or, quite literally, The Grim Reaper. If one wanted to be extra morbid, one could surmise that if there were anyone who was around quite a lot and observing during any particular period of time, it would be Death during The Holocaust. Death explains that there are certain humans that he takes special notice of, and that he first saw Liesel when he came for her brother’s soul and witnessed her stealing her first book. Dubbing her “The Book Thief”, Death keeps an eye on her throughout her life as he comes for other people that she is close to. Along the way, he shares tidbits about the other people in the story and reveals their characters. What I thought was particularly fascinating is that Death is typically depicted as a sinister creature. In this novel, Death is not good or evil, or associated with being taken to heaven or hell; he simply IS. Death sympathizes with the human race and speaks of gently liberating their souls from their bodies; gathering them into his arms. He speaks of the concentration camps: “When I get near, they can smell me. All of them beg for one of two things: For me to take them with me, or for me to leave them alone. It doesn’t matter which they pray for. I only gather those for whom I came [paraphrased].”

Another aspect I enjoyed was the author’s use of unexpected metaphors. Each one is carefully chosen in order to give you a particular mental picture. The comparisons are so odd as to be nonsensical if read literally, but so deliberately selected that one knows exactly what the author means by each. Examples: “The sun broke through the sky like God sitting down after having too much for dinner.” “His hair was twigs; his beard a ball and chain.” “She was a wardrobe of a woman; looking like someone had simply wrapped a piece of furniture in a wool coat.” [All slightly paraphrased.] At any rate, I very much enjoyed the colorful metaphors. I wondered if they had been chosen specifically to illustrate an older child’s first learning to read, write, and love the power of words. A child would describe any number of things much more vividly than an adult. I saw Liesel in my mind envisioning her foster Mother as a waddling chest of drawers in a coat.

Fun Fact: A movie version has been announced. Michael Petroni (The Chronicles of Narnia: The Voyage of the Dawn Treader) is slated to write the screenplay. The cast has not yet been announced.

Bother If: I thought this was a very good read. I did not realize that it was a children’s novel until I read the back – I had been meaning to read it at the behest of several adult friends who enjoyed it. I believe that it would be appropriate for ages 12 and up. Another thing I liked about The Book Thief is that the foster parents were not cruel. When the first scene in the novel had Liesel being torn away from her mother, I dreaded that the story might veer into a typical “wicked stepmother” scenario. The author wisely decided that Nazi Germany during WW2 was quite bleak enough without adding abusive parents. I even teared up in a few places. The details and plot points which made this such a good story were not given away above, so it’s certainly worth a read if your interest was piqued. It also beautifully illustrates the power of words, for both good and evil.

Don’t Bother If: The novel does not contain overt violence or sex, and most of the coarse language is in German. Many of the heartbreaking details are filled in by the reader – because of our knowledge of the Holocaust, we have some idea of the horrifying enormity of the situation. That said, it is necessarily dark due to its subject matter. It is an engrossing story, but not at all a cheery one. I can see reading this if one is in the mood to have their heart broken a little – which is occasionally just the case.

The Booker prize-winning author of the Wolf Hall trilogy, Dame Hilary Mantel, has died aged 70 of a stroke, her publisher HarperCollins has confirmed. Mantel was regarded as one of the greatest English-language novelists of this century, winning the Booker Prize twice, for Wolf Hall and its sequel, Bring Up the Bodies, which also won the 2012 Costa book of the year. The conclusion to her groundbreaking Wolf Hall trilogy, The Mirror & the Light, was published in 2020 to huge critical acclaim, became an instant Sunday Times bestseller and was longlisted for the Booker prize. HarperCollins confirmed she had… [...]

How to beat a book ban: students, parents and librarians fight back
21 September 2022

The censorship of books in the US has reached crisis level. More than 2,500 different book bans were enacted in schools across 32 US states during the 2021-2022 school year, according to a new report by Pen America. And attempts to ban books from libraries are on track to exceed 2021's already record-setting figures, the American Library Association said on Friday. But still, there is cause for hope. Across the country, parents, students, teachers, librarians and community groups have successfully fought back against attempted bans, defeating well-funded, rightwing attempts to remove books that address issues of race, sexuality and gender.… [...]

A limited edition single volume of the long-running manga One Piece is being billed as the longest book in existence. At 21,450 pages, it is physically impossible to read, making it less of a book and more of a sculpture. Priced at €1,900 (£1,640), the book isn't credited to Eiichiro Oda, the writer and artist behind One Piece, which has been serialised in Japanese magazine Shonen Jump every week since 1997. It is being sold instead as the work of Ilan Manouach, the multidisciplinary artist who has designed the limited edition volume, which is titled ONEPIECE. Manouach printed out the… [...]

This year's Banned Books Week, the American Library Association's annual celebration of the freedom to read, is set to run from September 18-24 under the theme "Books Unite Us. Censorship Divides Us." And there is no question that it comes at a critical time. In a release today, ALA officials reported 681 documented attempts to ban or restrict library resources in schools, universities, and public libraries through the first eight months of 2022, on pace to shatter the 729 challenges ALA tracked in 2021. The challenges thus far in 2022 have targeted some 1,651 different titles—already more than during all… [...]

The Spanish novelist Javier Marías, author of All Souls, A Heart so White, and the epic, three-part Your Face Tomorrow – and a writer regularly touted as a candidate for the Nobel prize for literature – has died of pneumonia in hospital in Madrid at the age of 70. [...]

In “Stay True,” Hua Hsu, a staff writer for The New Yorker, recounts his relationship with an Asian American college friend, whose search for identity quietly shaped the author’s own. [...]

Hilary Mantel Stared Down Her Past, and the World’s, With Steely Resolve
23 September 2022 - Sarah Lyall 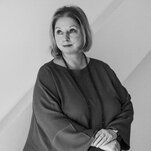 Hilary Mantel brought great precision to her writing, and asked the same of us in our reading. [...]

In Namwali Serpell’s novel “The Furrows,” a childhood tragedy brings a lifetime of strange encounters. [...] 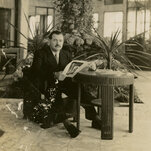 The trove of items deposited in Key West, now part of a new archive at Penn State, includes four unpublished short stories, drafts of manuscripts and boxes of personal effects. [...] 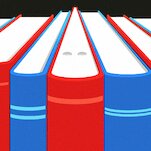 A new history by Donald Yacovone examines the racist ideas that endured for generations in educational materials. [...]

by Susan Roberts (JULIAN): I read a lot of WWII fiction and am always amazed when I read a book that looks at the war from a different perspective and is full of new things for me to learn. The author did considerable research and it shows on every page. This is a dual time line book that looks at Fenna's life at 10 years old in Upper Michigan copper country and the other time line is about her life throughout WWII. 1942 - When the novel begins, Fenna is presenting her magic act in front of a crowd. From… [...]

by Marielle (Boucherville): For a first book it is very good. However I have bought it because the wait at my library was for ever. I am disappointed because the big buzz around this book is not justified. It is entertaining but that is about it. [...]

by CarolT (Iowa): Shugri Said Salh had offered us a chance to see exactly what it was - or is - like to be a nomad in Somalia and then a refugee running from a war. So much to learn! [...]