Lawrence Ferlinghetti, distinguished American poet, artist, and founder of City Lights Booksellers and Publishers, died in San Francisco, California on Feb 22, aged 101. Ferlinghetti was instrumental in democratizing American literature by creating (with Peter D. Martin) the country's first all-paperback bookstore in 1953, jumpstarting a movement to make diverse and inexpensive quality books widely available. He envisioned the bookstore as a "Literary Meeting Place," where writers and readers could congregate to shares ideas about poetry, fiction, politics, and the arts. Two years later, in 1955, he launched City Lights Publishers with the objective of stirring an "international dissident ferment."… [...]

Hillary Rodham Clinton has partnered with Louise Penny on a new book, State of Terror, which will be published jointly by St. Martin's Press and Simon & Schuster on October 12. State of Terror, S&S said, marks "a unique collaboration by two long-time friends and thriller aficionados." It also follows on the heels of 2018's bestseller The President Is Missing, which Bill Clinton wrote with James Patterson. [...]

Congressman and others vow to fight Amazon, monopolies
23 February 2021

Yesterday, the Institute for Local Self-Reliance hosted a seminar on the topic of "Reining in Monopoly Power: Small Businesses and the Push to Strengthen Antitrust Laws." The keynote talk was delivered by Congressman David Cicilline (D-RI), chairman, Subcommittee on Antitrust, Commercial and Administrative Law, who explained that the country's Democratic legislature was ready to act to defend small and local business against predatory companies. "We know that small and local businesses are going to be key to our economic recovery after the pandemic," he said. Cicilline noted that for a long time, companies like Apple, Amazon, Google, and Facebook were… [...]

Bookstore sales rallied slightly in December from deep monthly slumps for most of 2020, but were still down 15.2% in the last month of the year compared to December 2019. For all of 2020, bookstore sales fell 28.3% from 2019, according to preliminary estimates from the U.S. Census Bureau. For the entire retail segment, sales for the year were up 0.6%, with December sales ahead 4.2%. [...] 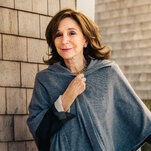 Sherry Turkle is best known for exploring the dysfunctional relationships between humans and their screens. She takes on a new focus — herself — in her memoir, “The Empathy Diaries.” [...]

What Happens When a Publisher Becomes a Megapublisher?
25 February 2021 - Elizabeth A. Harris 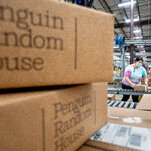 The merger of Penguin Random House and Simon & Schuster has the potential to touch every part of the industry, including how much authors get paid and how bookstores are run. [...] 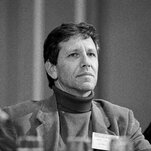 “He told me I was filth,” Galia Oz writes in her book, “Something Disguised as Love,” among other accusations of physical and emotional abuse. Her mother and siblings have defended their late father. [...]

Writing About Illness Without Platitudes
19 February 2021

by Peg A: I had been wanting to read this book and then was fortunate enough to win it in a book giveaway. That however does influence this review. I thoroughly enjoyed the book and hope to read more by Paraic O'Donnell. The plot is a mystery wrapped up in Victorian spiritualism. The character development and relationships are well done and will leave you wanting to continue reading all night through. Wrap yourself in a warm blanket with a nice beverage and settle in for a very enjoyable dark yet at times humorous story [...]

by Becky H (Chicago): Agatha Christie, renowned writer of mysteries, disappeared for 11 days in 1926. Although a country wide search was made, no one was able to find her until she turned up on day eleven claiming amnesia. What REALLY happened – no one knows. Marie Benedict makes an interesting and entirely fictional novel of the mystery. The result is a good yarn that Agatha herself would approve. My complaint - and it is a huge one – is the two different, and interwoven, timelines. I would just get involved in one timeline and the other would pop up… [...]

by toni brabender: Thank you to BrookBrowse.com for an ARC of this lovely book. "The House on Vesper Sands" by Paraic O'Donnell may just be one of the best books of 2021 and it is only January. What doesn't it offer? It is Victorian supernatural with Gothic qualities with just enough humor to balance some of the darker material. The duo of Cutter and Bliss may be the best duo of thief-takers since Sherlock and Holmes. The epilogue seems to hint that there could be a sequel and I so hope that there is. I think that Octavia will be… [...]

by Becky H (Chicago): Unsettling is the only word I can use to describe this book. Can a person vanish? To themselves? To their family? Can men vanish from society? the world? Can a person vanish and still be physically present? Can a town vanish? Can a person make themselves vanish – even to their own self? What are the repercussions to vanishing? Can a vanished person reappear? And the last question – not are Blacks racist, but what form does it take? At first, I thought this book was vaguely boring, then a third of the way in, I… [...]

by Ayanda Bhekingwe (South Africa): I have goosebumps! This novel is genuinely phenomenal. A mind-boggling fiction that has completely opened a new portal for me to explore and that's the idea of reincarnation. But the big question I wanted to ask was, Who is Noah's father? I assumed it was Anderson since well, they share the same name with the mystery Jeff that is supposedly Noah's father, but the description of Anderson seems to contradict my assumptions. The author describes Anderson as an older man through older Charlie's eyes (remember when they went to visit the real Tommy, not the… [...]