I tackled this (very thick) book because I have always thought of it as a modern classic – something I should suck it up and read, just for the experience. Perhaps not surprisingly, I really did enjoy it, and found myself drawn into the philosophy behind it. The book is based on the not-too-farfetched premise that all of the producers of the world – producers in the sense that these are the hardworking, brilliant, movers and shakers and people of ideas in the world – get fed up with carrying the metaphorical burden of society. “What if Atlas shrugged?” A reference, of course, to refusing to carry the weight of the world on one’s shoulders. The producers band together and agree as one to stop producing, stop letting the idle and useless benefit from their ideas, and society be damned.

Dagny Taggart, the female executive of a railroad line, sees society begin to collapse as the government exerts more and more control over industry and ties the hands of the businesses and factories. Cryptic graffiti appears around town, reading “Who is John Galt?” As Dagny struggles to keep her business afloat, her friends who are other leaders of industry start mysteriously disappearing, and their businesses collapse, throwing society into turmoil as jobs disappear, products aren’t being manufactured, and the cogs that turn the capitalism machine grind to a halt. Dagny comes to find out that a mysterious man named John Galt, a genius in his own right, has decided that since “the greater good”, as it were, has done nothing for him, then he feels no obligation to contribute his skills to society. He has rallied other industrial geniuses for his cause, with the intent that they will live in a completely self-sufficient city of their own design, and invent and create unrestricted by the government. If genius were completely unregulated, what things could be accomplished! At first, Dagny balks at leaving her business (she is the only thing preventing her brother from completely running it into the ground), but as her frustration increases, she comes to sympathize with Galt’s campaign.

I enjoyed the story, and it’s an interesting commentary on the role of genius in human achievement. The rest of society are workers, looters, and moochers, who not only benefit from the genius of others, but demand it. Once the catalyst for all human achievement is withheld, the rest of society collapses. One of the novel’s protagonists explains it as such – essentially, money is a means of exchange, which would not be necessary without the production of products. The products require a medium of exchange in order to obtain them. Taking away the products devalues both money and the need for it. People still need the products. I’m paraphrasing, but one can see how the collapse of manufacturing would be more devastating in the long run than the collapse of a monetary system.

While I don’t agree entirely with Rand’s philosophy (Objectivism), I found it very interesting food for thought because I liked to think about what advancements in science and industry could be made if the government did not “regulate genius.” Stem cell research comes to mind as an example of a field in which remarkable things could be accomplished, if it was allowed. I also could sympathize with the lead characters’ resentment of non-contributors profiting from their hard work and ideas. If one wanted to draw an obvious comparison, the American welfare system is one. Suppose Americans banded together and decided that they were finished allowing abusers of the welfare system to profit from their hard work, and refused to pay their taxes? While I am not against the welfare system in principle, I can certainly muster up some sympathetic disdain for those who profit from the system without making any attempt to contribute to it.

Fun Fact: Part one of the movie will be released April 15, 2011. The movie will star Taylor Schilling (TV show Mercy) as Dagny Taggart, and Paul Johannsen (One Tree Hill) as John Galt.

Bother if: If the premise intrigues you, you will probably enjoy the book. Like any “modern philosophy”, it presents an extremist solution to a common problem. As food for thought, I found it very interesting. Objectivism is a philosophy of justifiable selfishness, for lack of a better explanation.

Don’t Bother if: The most daunting thing about the book is its extreme length (nearly 1400 pages.) It’s not a light or quick read, and the language used is complex. It’s a definite undertaking, if interesting, but it’s also much longer than it needs to be, and quite dry and slow in places.

Lady Chatterley's Lover
I Know Why the Caged Bird Sings 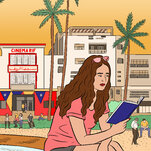 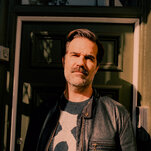 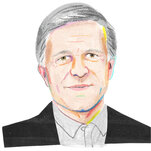