The Curious Incident of the Dog in the Night-Time

Note: I read this book and assumed Autism. It is never explicitly mentioned in the novel what the character has, and some sources suggest that he may have Asperger’s Syndrome or Savant Syndrome rather than Autism.

Christopher Boone is a British teenager with Autism. His mother, incapable of dealing with Christopher’s special needs, has abandoned the family. Christopher’s father, Ed, has told him that she is dead of a heart attack rather than upset him with the truth. Although brilliant, Christopher struggles with many of the trappings of such a disorder. He is agoraphobic, afraid of strangers, dislikes being touched, dislikes any deviation from a predictable routine, cannot correctly interpret tone of voice or facial expressions, and very much lives in his own world. His tutor, Siobhan, has drawn a chart with faces on it displaying various expressions, which Christopher carries around with him so that he can compare it with the faces of those he interacts with; helping him understand if they are happy, sad, angry, etc.

Christopher is also in the habit of going outside at night and wandering around the neighborhood. This is the only time he feels safe doing so, because at night one is less likely to run into someone and be forced to interact with them. One night, he discovers that someone has stabbed his neighbor’s poodle with a pitchfork. An animal lover, Christopher sneaks into Mrs. Shears’ yard and holds the dog as it is dying in an attempt to comfort it. Mrs. Shears discovers him and, assuming that Christopher has killed her dog, calls the police. After he is released with a warning, Christopher is so horrified by the notion that anyone would think him capable of killing an animal that he decides to find out once and for all who was responsible and clear his own name. He starts keeping a “murder mystery” journal, and the book details the beginnings of his overcoming his fear of strangers and agoraphobia in order to interview all of his neighbors.

One elderly neighbor remarks to him that his mother had an affair with Mr. Shears, and that’s why she abandoned Christopher and his father. Meanwhile, his father has found his murder mystery journal and is furious. He hides the journal and he and Christopher have a terrible argument. During the course of looking for his hidden journal, Christopher stumbles upon letters from his mother which are dated after her supposed death, and he becomes so upset that he is violently ill. When his father sees him and surmises what has happened, he cleans Christopher up and confesses to him that he lied about his mother, and that it was he who killed Mrs. Shears’ poodle. Now terrified of his father, Christopher convinces himself that Ed is going to murder him too and he runs away in the hopes of finding his mother and living with her. The story continues with Christopher’s struggles to overcome his social limitations in order to achieve his goals.

Whether or not you know someone who struggles with Asperger’s Syndrome or anything on the Autism Spectrum, the insights this book provides into the inner workings of such a mind are pretty astonishing. He’s very methodical in his approach to things, and one can see how to more easily adapt themselves to such a person – that is, a person who struggles with things which another person might take the understanding of for granted. One of the more touching aspects of the story is how Christopher’s father approaches his disability. He’s realistically very frustrated with him sometimes, but you never doubt how much he loves his son.

Fun Fact: Its title is a quotation of a remark made by the fictional detective Sherlock Holmes in Arthur Conan Doyle’s 1894 short story “Silver Blaze”.

Bother if: You don’t necessarily need to be interested in understanding Autism disorders to be interested in the story. Christopher is a compelling character and as the story is told in first person, you are seeing the world through his eyes, and not the way that the world perceives him as a person with disabilities. That alone makes it a very unique story.

Don’t bother if: You’re put off by stories with tangents. The book is interspersed with handwritten segments from Christopher’s journal, and not all of them add to the plot, even if most of them DO provide some insight into how the character’s mind works. While fascinating, Christopher is not relatable to everyone. 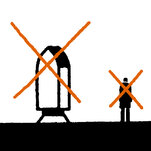 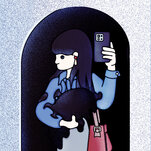 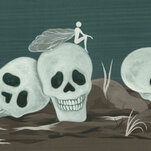