Reporter Carl Streator has lost his wife and infant daughter under mysterious circumstances. His daughter’s death, having been ruled SIDS, results in Carl being assigned to investigate local reports of crib death. As he visits nursery after nursery, he discovers that what all of these deaths have in common is a single book present: Poems and Rhymes from Around the World. Each copy is open to the same page. To Carl’s horror, he realizes that he, too, read from this book on the night his wife and daughter died.

Carl’s research reveals that the poem in question is actually a “culling song”, which has the magical power to kill anyone it is spoken aloud to. Mad with grief over recognizing that he killed his family, Carl accidentally memorizes the culling song and becomes an unintentional serial killer. Horrified with himself, Carl teams up with Helen Hoover Boyle, a witch-slash-realtor who sells the same haunted houses over and over for a living. While Helen can’t stop Carl from using the song, she agrees with him that they need to track down every existing copy of the book and destroy the page which contains the killer poem. Meanwhile, Carl’s stress has increased to the point that he no longer needs to speak the song aloud in order to kill – it has grown so powerful in his mind that he need only think the words to someone, and they drop dead.

Carl and Helen set off on their road trip, accompanied by Helen’s assistant Mona and her sociopathic environmental terrorist boyfriend, Oyster. When they find that the source of the culling song is an ancient spellbook (or grimoire), they vow to locate and destroy it as well. Their mission is further complicated by the fact that Oyster wants the grimoire for nefarious purposes, and they must keep it out of his hands. As they travel, Carl becomes increasingly disconnected from reality.

Fun Fact: The author began work on Lullaby on the heels of his father’s murder. Fred Palahniuk was dating a woman whose ex-husband, Dale Shackleford, was in prison for sexual abuse. Upon his release, Shackleford followed his former wife and Palahniuk home after a date and murdered them. Chuck Palahniuk, who had long struggled with his opinion of capital punishment, was asked to be part of the decision whether his father’s murderer should receive the death penalty.

Bother if: This was by far my favorite novel I’ve read by Chuck Palahniuk. It was funny, horrific, dark, and fascinating, and I have given away very few of the details which made it such an entertaining read. It’s also quite a bit less graphic than much of the author’s more recent work, while still retaining the imaginative qualities that make his stories so engaging. The end of the story had me on the edge of my seat, unable to stop reading. Carl Streator is an endearingly cynical character, and the reader is treated to his hilariously disjointed thoughts throughout the story.

“Centuries ago, sailors on long voyages used to leave a pair of pigs on every deserted island. Or they’d leave a pair of goats. Either way, on any future visit, the island would be a source of meat. These islands, they were pristine. These were home to breeds of birds with no natural predators. Breeds of birds that lived nowhere else on earth. The plants there, without enemies they evolved without thorns or poisons. Without predators and enemies, these islands, they were paradise. The sailors, the next time they visited these islands, the only things still there would be herds of goats or pigs… Does this remind you of anything? Maybe the ol’ Adam and Eve story? …You ever wonder when God’s coming back with a lot of barbecue sauce?”

Don’t Bother if: If you’re already a fan of the author’s work, you will enjoy this story. If you’re curious about the author and looking to put your toe in, Lullaby is an excellent place to start. Like many of Palahniuk’s stories, however, this is no exception in that it contains disturbing sexual interludes, violence, murder, and the unsettling habits of the mentally unbalanced. 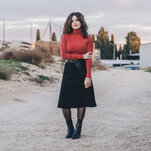 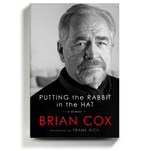 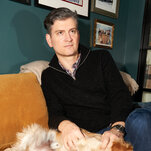 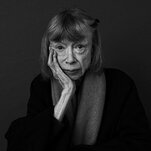 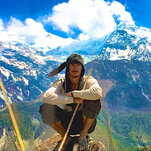