This story follows Claireece “Precious” Jones, an illiterate, morbidly obese 16-year old, who is pregnant for the second time with the result of being raped by her absentee father. Her mother, an also morbidly obese shut-in, is emotionally, physically, and sexually abusive when she isn’t ignoring Precious altogether. Her daughter, a Down’s Syndrome child referred to by name as “Lil’ Mongo”, has been shuttled away to live with Precious’ grandmother across town. When her school finds out that she is pregnant, they expel her. Precious is furious (school is the only avenue she has with which to escape her Mother’s presence), but ends up in a special class for girls who have similar problems at home and similar learning disabilities.

Under a caring teacher’s tutelage, Precious begins to learn to read and write. The novel is unique in that it is written in her voice, and begins fairly difficult to read, and develops in form and style as Precious learns to express herself with her writing. When she admits to a social worker that her daughter lives with her grandmother, her mother’s welfare payments are taken away, and Precious is thrown out into the street (her mother had been fraudulently collecting welfare by claiming that she was caring for her granddaughter, Precious’ daughter.) She ends up in a halfway house with her son, Abdul, and an unwelcome visit from her mother reveals that Precious’ father has died of AIDS, meaning that Precious herself and possibly her infant son are likely to be infected.

I’m a little more with the London reviewer of this novel who said “Why would anyone commit these atrocities to paper?” Don’t get me wrong, it was an engrossing story, but I found myself thinking “Good Lord, how much more are they going to throw at this kid?” Some critics have gone so far as to say that it makes little sense to saddle a single character in a novel with so many ripped-from-the-headlines-type problems.

It would be one thing if it were based on a true story, and would certainly live up to its hype as “A powerful story of hope and redemption”, but as it stands as a work of fiction, I found it to be horribly depressing. Indeed, if one wanted to be particularly sensitive about such things, it is also a fairly offensive indictment of the Harlem African-American culture. It isn’t that Precious is an unsympathetic character, but I sincerely doubt that most people have very much in common with her. The story elicited more horror and disgust than anything else from me.

Fun Fact: The author, Sapphire, was born Ramona Lofton in Fort Ord, California. Push was her debut and only novel to date – she is known largely for her poetry and her feminist activism. She is a member of United Lesbians of Color for Change Inc. The novel was turned into a 2009 hit movie starring Gabourey Sidibe, Mo’Nique, Mariah Carey, and Lenny Kravitz.

Bother if: You’re not so offended by the fact that it is fiction that you are unable to find it uplifting or redeeming in any way.

Don’t bother if: You read in order to be entertained, not depressed, or if you object to themes involving incest, rape, teen pregnancy, HIV/AIDS, illiteracy, or sexual abuse.

The Virgin Suicides
Good In Bed 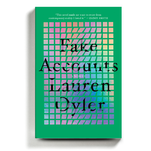 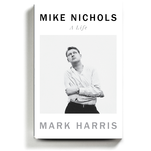 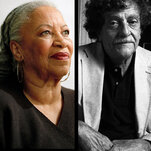 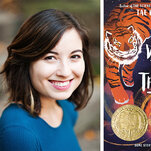 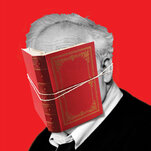