Hailed as a seminal work, a must-read, and extraordinary; Naked Lunch is a book less deserving of any of those distinctions than any I have ever read. The preface seemed promising – William Burroughs details the methods he has attempted in trying to stop his horrible drug addiction. Unfortunately, where the preface ends, the story begins, and I found it to be very nearly unreadable. Not only is it grotesque in its descriptions of deviant sexual practices, rape, murder, drug abuse, pedophilia, addiction, and the general rotting of an addict’s body, it is so badly written that it is nearly impossible to follow. I couldn’t imagine that they were able to make a movie based on the novel (they did, in 1991), but as it turns out, the movie is not a true adaptation of the book. The “plot”, such as it is, follows a junkie from New York to Tangiers to a strange world referred to as Interzone, but the only reason I know that is by reading the back of the book cover. Naked Lunch reads like one giant, grotesque hallucination written in sentence fragments, and one never quite figures out what is going on, who the characters are, where they are, what they are doing, or why. (Most of what they are doing is using drugs and having graphically disturbing sex.) The first 130 pages are excruciating; the last 70 only marginally less so.

I do, however, try to always find something I like about each book I read. Some paragraphs were so outrageously bizarre that I laughed out loud. These, however, were few and far between. A readable section would surface out of the sludge only occasionally, calling to mind for me the way a junkie might have a coherent thought rise out of the ether of confusion and paranoia once in a while as well. An example of a section I snickered at:

” ‘Well,’ Doc says, ‘there was a feller in here this morning. City feller. Dressed kinda flashy. So he’s got him a RX for a mason jar of morphine….Kinda funny looking prescription writ out on toilet paper….And I told him straight out: “Mister, I suspect you to be a dope fiend.”

Fun Fact: Naked Lunch was one of the most recent American books over which an obscenity trial was held. The book was banned in Boston in 1962 due to obscenity (notably child murder and acts of pedophilia), but that decision was reversed in 1966 by the Massachusetts Supreme Court. The Appeals Court found the book did not violate obscenity statutes, as it was found to have some social value. The hearing included testimony in support of the work by Allen Ginsberg and Norman Mailer. When the editor Paul Carroll published Big Table Magazine (Issue No. 1, Spring 1959) alongside former Chicago Review editor Irving Rosenthal, he was found guilty of sending obscene material through the U.S. mail for including “Ten Episodes from Naked Lunch,” a piece of writing the Judicial Officer for the United States Postal Service deemed “undisciplined prose, far more akin to the early work of experimental adolescents than to anything of literary merit” and initially judged it as non-mailable.

Bother if: I can’t imagine bothering with this if you didn’t need to. If you’re bent on reading about drug abuse, Irvine Welsh, Hunter S. Thompson, Hubert Selby, David Foster Wallace, and any number of other authors have done it far better than Burroughs has with Naked Lunch. The preface and appendix were worth reading as a matter of interest, but the entire “story” itself could have been skipped. I got the idea that Burroughs wrote the entire thing out of his mind on opiates, and the preface and appendix at some point after his recovery from drug addiction. The message boils down to “drugs are bad, mmmmkay?” Ironically, that’s not the message that the book itself sends, but the sentiment becomes painfully clear to the reader as they try to make sense of what they’re reading.

Don’t Bother if: Just…don’t bother. It’s not that the story contained unsettling themes and images (which it most certainly does), it’s that it is so badly written as to be unreadable. It was all I could do to get through this entry on the list, and I’m baffled by its status as a “classic”, unless it is really only noteworthy because of the sheer amount of obscenity for its time.

***Update 03/16/2011 – It has been brought to my attention by fans of the novel – and I agree – that I may have done Naked Lunch a disservice by failing to point out that it is a satire. The title refers to “that moment in time where everything freezes, and everyone can clearly see what’s on the end of each fork.” A metaphor, of course, for being made suddenly aware of what one is being forced to swallow, as a member of society. The author draws a comparison to the relationship between a junkie and a dealer and a citizen and the government. In either case, you take what you are given, and there is no escaping it. I stand by my opinion of the writing and my impressions, but giving the social context and the overall message of the novel may change someone’s mind toward reading this if they were on the fence about it.***

The Graduate
The Wind-Up Bird Chronicle 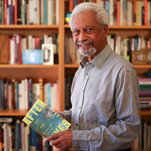 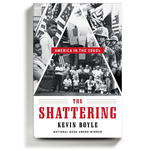 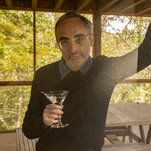