This is a piece which I wrote myself and submitted for a flash fiction contest this month. Wish me luck! The theme is ‘Family in the Extreme’, and the constraint is 1,000 words or fewer. This entry is 949 words.

Heads, We Fly
by Emily Parker

In the thirteen years since I’d been there, someone had paved the dirt road leading to my childhood home. Back then, we’d have killed to have had the money to pave it. Now, it just made it seem like it wasn’t ever my house. We moved to the farm on the hill a month before I turned six. I remember Dad digging the post holes in the field to put in the rickety swing set we’d hauled from the other house, and yelling at me to keep my hands out of the concrete he was mixing in a wheelbarrow.

The wheelbarrow was the same one that always held our Christmas tree. Every year, Mom would carry her shovel into the woods and dig a pine sapling Charlie Brown would have thought robust. She’d plant it in the dirt-filled wheelbarrow and position it on the porch where we could see it outside the picture window in the living room. It was triumphantly wheeled inside every Christmas Eve and strung with lights, then planted in our own field the day after Christmas. Twelve years of Christmas trees, each a little taller than the next, still grew in a row at the far end of the property. The swing set was a rusty, twisted wreck.

My handprint in the crumbling cement was little bigger than my palm, now. I put my hand over the indentation. As I closed my eyes I could see my brother, age four, with his hands on his hips, narrowing his bottle-green eyes at me.

“But you HAVE to be the momma, you’re the girl!” he’d say; his mouth stern.

“I don’t want to play house again”, I’d groan. “Let’s play rock star instead!” and I’d line my toys up as an audience and sing to them in my tinny voice as I waggled my hips and pretended to strum a broom.

“Just like a white-winged dove…” I’d crow, stretching my fingers into the sun.

“Sings a song, sounds like she’s singing…” Michael would grumble in obligatory answer, scrunching his bare toes in the dirt.

Michael was always going to be a daddy. I was always going to be a rock star, or a princess, or a movie actress, or The World’s Greatest Lady Adventurer. “Momma” never crossed my mind, and indeed the title sounded rather dull to me when compared with any of the others I could conjure. If other little girls wanted to get married and have kids, I wanted to be Indiana Jones.

I cupped my hands around my mouth and hissed hard through them, simulating the sound of an enormous crowd cheering and clapping. “Thank you, thank you!” I’d call as I bowed dramatically to my dolls and Carmen, my stuffed gorilla.

We both left home at seventeen. I traveled, played music, danced and sang and wrote stories. Michael joined the Marines. It seemed to me then that our destinies were laid from birth, stretching out from childhood like paving stones. You hop from one to the next like frogs on a pond, praying you don’t slip into the dark water before you reach the end – the end to me being the receiving of everything you ever wanted. The day all your dreams come true. One war, one disastrous ex-wife, and one son he never sees later, I’d be willing to bet Mike would trade the last of his thinning hair for the kind of liberty I’d taken for granted my entire adult life. He probably wouldn’t bet I’d trade, too.

My husband dubbed the summer we lost the baby The Summer of No Crackers. I’d quit buying them because they shared an aisle at the grocery store with the diapers. Mom cried with us over the telephone. Dad drove the forty miles to our house, let himself in while we were sleeping and, quiet as a mouse, loaded the nursery full of baby things we’d collected into his pickup and locked them in his shed. He left a pull-out couch in their place, effectively transforming what we’d come to think of as the baby’s room back into our guest room. It took us two weeks to notice.

“We’ve got freedom,” my husband would say, treading on eggshells. “We could take up drinking, or fly to Italy! People with children can’t do that. What’s wrong with another couple of years of freedom?” I’d furiously point out that we never did those things, and he’d drop it; his face falling. Nobody ever says “Heads, we fly to Italy. Tails, we get pregnant!”

Our devastation gave way to bitter resentment that there are people every day who have babies they don’t particularly want, while families desperate to have children get them snatched away. I whispered at night to our lost baby. All I could ever get out before my throat closed was “I would have loved you so much…”

My anger gradually faded to vague jealousy over women who had children. I couldn’t imagine being luckier. Eventually, I could see a mother with a baby who would have been the age of ours without sobbing. Now, I can watch a little boy playing house without my heart breaking in two.

My husband’s stoic silence is being replaced along the way with cautious optimism; even hope. When his lips are on the back of my neck at night, the reassurances breathed into my ear are not “We’re free” or “It will be okay.” They are “It will happen for us, petal. I promise. You’ll see.” I’ll hum a little of White-Winged Dove as I curl into him, fingers in his hair. He doesn’t grumble as he sleepily murmurs “sounds like she’s singing…”

The Thirteenth Tale
Dead Until Dark

A novel written about the persecution of Jews in Germany in 1938 but which was then forgotten about for 80 years has made it onto a UK bestsellers list. Ulrich Alexander Boschwitz's The Passenger is about a Jewish man who - like the author - attempts to escape the rise of the Nazi regime. It was rediscovered in 2018 after the author's niece told an editor about it. The book has had stellar reviews and has now entered The Sunday Times list of top 10 hardback fiction bestsellers. It was written in the weeks after Kristallnacht (the Night of Broken… [...]

The rise of virtual foreign author tours
13 May 2021

One of the unintended consequences of the pandemic and the shift to virtual author events is that booksellers and publishers have had the opportunity to put together events for overseas authors who would not usually tour the U.S. "The possibilities are endless," said Pierce Alquist, director of the Transnational Literature Series at Brookline Booksmith in Brookline, Mass... [...]

HarperCollins, the second largest trade publisher in the U.S., has completed its acquisition of Houghton Mifflin Harcourt Books & Media. HC, which is owned by Rupert Murdoch's News Corp, agreed to buy the HMH trade division in March for $349 million. (Trade is the term used to describe books intended for a general audience as opposed to, for example, academic books.) [...]

John Christopher Cullen III, the renowned translator of more than 50 novels and works of nonfiction into English, died on April 15. He was 79 years old. Born in New Orleans, La., in 1942, Cullen earned a Ph.D. in English literature and traveled extensively in Europe before returning to the United States and beginning his career as a translator in 1987. Fluent in German, Italian, Spanish and French, Cullen translated the work of writers such as Kamel Daoud, Martin Dumont and Véronique Tadjo. Kira Wizner, co-owner of Merritt Bookstore in Millbrook, N.Y., who knew Cullen and his wife, the novelist… [...]

In ‘Phase Six,’ Two Women Get to Work Saving the World From a Pandemic
17 May 2021 - Dwight Garner 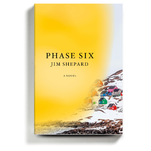 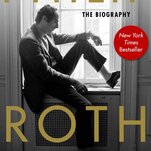 Skyhorse said it would release the paperback and digital versions of the book, which had been taken out of print following sexual assault allegations against its author, Blake Bailey. [...]

To Understand Amazon, We Must Understand Jeff Bezos
18 May 2021 - Ben Smith 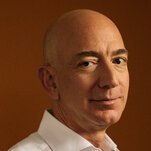 In “Amazon Unbound,” his second book about the company, Brad Stone focuses on its singular C.E.O. [...] 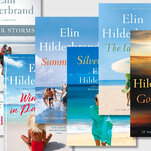 She’s the bard of Nantucket and the doyenne of flip-flops, outdoor showers and pink sunsets. Haven’t read her books? Start here. [...] 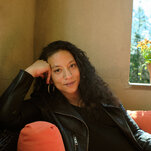 In “America on Fire,” the historian Elizabeth Hinton offers a sweeping reconsideration of the racial unrest that shook American cities in the 1960s and 70s. [...]

by Dan H: With lilting fairy tale language the author re introduces us to the folklore and mythology of Greece, which is only vaguely familiar to me. In juxtaposing the lives of the sisters, Ariadne and Phaedra, the author illuminates sibling love and rivalry in a beautiful way. The sisters, each strong-willed in her unique manner, chart their passages through a world controlled by men, with unpredictable machinations of the gods as a bonus. The story is filled with love and hate, vengeance and revenge, drama and tragedy, as we can only wish from the Greeks. Not a gentle tale,… [...]

by techeditor (Romeo, Michigan): Five stars again for Chris Bohjalian. I have read nearly all his books, and most are five-star, some four. This one, THE LAW OF SIMILARS, is a book he wrote nearly 20 years ago. Leland is a deputy state prosecutor. He is also a widower with a four-year-old daughter. For what appears to me to be psychological reasons, he develops a sore throat that just won't go away. This leads him to Carissa, a homeopath. In short order (ridiculously short order, in my opinion), Leland falls in love with Carissa (or maybe mistakes sexual attraction for… [...]

by Techeditor (Romeo, Michigan): Although I was pretty sure I would disagree with the majority of other readers who said that THE NIGHTINGALE by Kristin Hannah is an excellent book, I can now honestly tell you to believe it. I had read two other books by Hannah and was not impressed, so I doubted that she had it in her to write like this. I was wrong. This book has been reviewed so much already, it is sufficient to say that it is a piece of historical fiction that highlights the remarkable women of France when the Germans occupied that… [...]

by Abi: Beautifully written and impeccably researched, The Barbizon weaves together a tale that has, until now, never been told. It is both a vivid portrait of the lives of these young women who came to New York looking for something more, and an epic history of women's ambition. An amazing book. Very intriguing. You will want to read more! [...]

by Charla Wilson (Biloxi, MS): I have read many books about WWII and I put this at the top of the list of the best books about the subject! The story is centered around a young Jewish woman, Eva Traube, living in France with her parents when the Germans invaded. Eva becomes a very good forger of documents that help get Jewish children into Switzerland and to safety. While forging documents Eva works with Remy who is also a forger and part of the resistance movement and together they come up with a way to keep a record of the… [...]