Having previously read “In Her Shoes” by the same author, which went on to become a movie, I picked up Weiner’s debut novel “Good In Bed.” After her pothead boyfriend dumps her, plus-size journalist Cannie Shapiro is just starting to pick up the pieces. That is, until she sees an article written by her ex in a women’s magazine entitled “Good In Bed: Loving A Larger Woman.” Understandably, she is mortified; more so when the article becomes a regular column detailing her former sex life.

At first, I cringed at Cannie’s behavior towards her ex, her insecurity, her desperation for approval from her father, and was a little put off because I had this notion that a heroine in a novel should be, well…heroic! That is to say, better behaved and wiser than myself in ways to which I aspire. Then, it dawned on me – the reason Cannie is so relatable is that she is an everywoman, who makes the same mistakes and thinks the same thoughts as everyone else does. She’s less a heroine than a sister or a friend; made all the more special because in real life, your heroes are often your sisters and friends.

The novel follows Cannie as she tries to pick up the pieces of her shattered self-esteem, deal with her suddenly-a-lesbian mother, make peace with the fact that she’ll never be a size two, get over wanting to murder her ex in his sleep, launch a new career for herself in Hollywood, and start a relationship with someone new. It is often hilarious, and Cannie’s ability to find the humor in ridiculous situations makes her much more likable than a character who feels sorry for herself the entire novel.

I ended up rooting for her and was sorry the story had to end, although I’m not sure I liked it as well as “In Her Shoes.” Regardless, it is a great story by an author who seems to “get it”, as far as women are concerned.

Bother if: You’re a fan of Chick-Lit. While I don’t consider myself a fan of the genre, per se, Jennifer Weiner is as fine an author as I have ever read for it.

Don’t bother if: You are a man. I can’t see most men being interested in the fabulous misadventures of a slightly overweight Jewish woman and her family and friends. There’s a reason they call it “Chick-Lit.”

Push (A.K.A. “Precious”)
Interpreter of Maladies 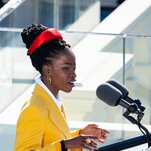 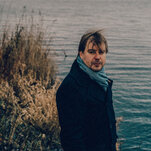 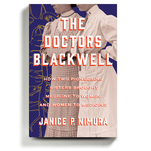 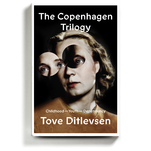